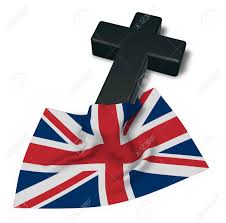 What are British Values?

Please click to expand the headings below. There is a description of the value and suggestions of what schools in the Diocese may do to promote it.

In his Gettysburg Address (1863) Abraham Lincoln described “government of the people, by the people, for the people”.

How could we promote democracy?

Everyone has to obey the law. Anyone who breaks the law will be held to account fairly. The rich and powerful do not get special treatment.

How could we promoted the Rule of Law?

The right of people to decide how they choose to live their lives, as long as this does not have a negative impact on the lives of others.

How can we promote individual liberty?

People listening to and valuing the views of each other.

How can we promote mutual respect?

Tolerance of those with different faiths and beliefs Expand

Respecting people’s right to freely practice any religion they choose or to live without any religion at all.

How can we promote tolerance of those with different faiths and beliefs?

How to promote British Values

Catholic school communities promote values that are both Catholic and British. By our words and actions we live out the ‘British’ values listed by the government above. However, we do much more than that, seeking to base all that we do on the teachings of Jesus Christ.

The Department For Education has also provided following examples of the actions schools could take to promote British values:

Further Suggestions on how to promote British Values

The result of promoting British Values

The Department for Education provides a list that describes the understanding and knowledge expected of pupils as a result of schools promoting fundamental British values: